This is Version 1.0 of the Semi-Automatic Pneumatic Tennis Ball Air Cannon. 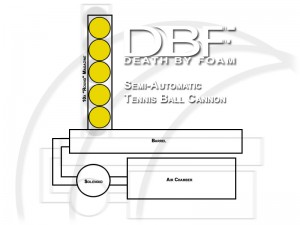 Our original air powered tennis ball launcher was a single shot, barrel load style and had the two 90 degree angles like the schematic to the right.

We built this first version of the semi-automatic style with the hopper all inline because we this configuration allowed for fewer connecting pieces.

You can see the magazine hopper feeding into the Y tube and then into the barrel. All 3 pieces are made with 2.5 inch schedule 40 PVC pipe.

The air canister at the back is made with 4 inch schedule 40 PVC with a rounded cap at one end, and a 4 inch to 1 inch reducer at the other. The reducer feeds into the 1 inch ball ball valve.

A single hole was drilled into the air reservoir / shock tank to accommodate a quick release air hose fitting. This configuration hooks directly into an air compressor with 100 psi (pounds per square inch) air output.

With the roughly 3 feet long barrel the tennis balls were flying almost 300 feet (100 yards). With a 7 foot barrel (which is unwieldy to say the least, but we wanted to test) the balls flew over 600 feet and outside the neighborhood, never to be seen again. 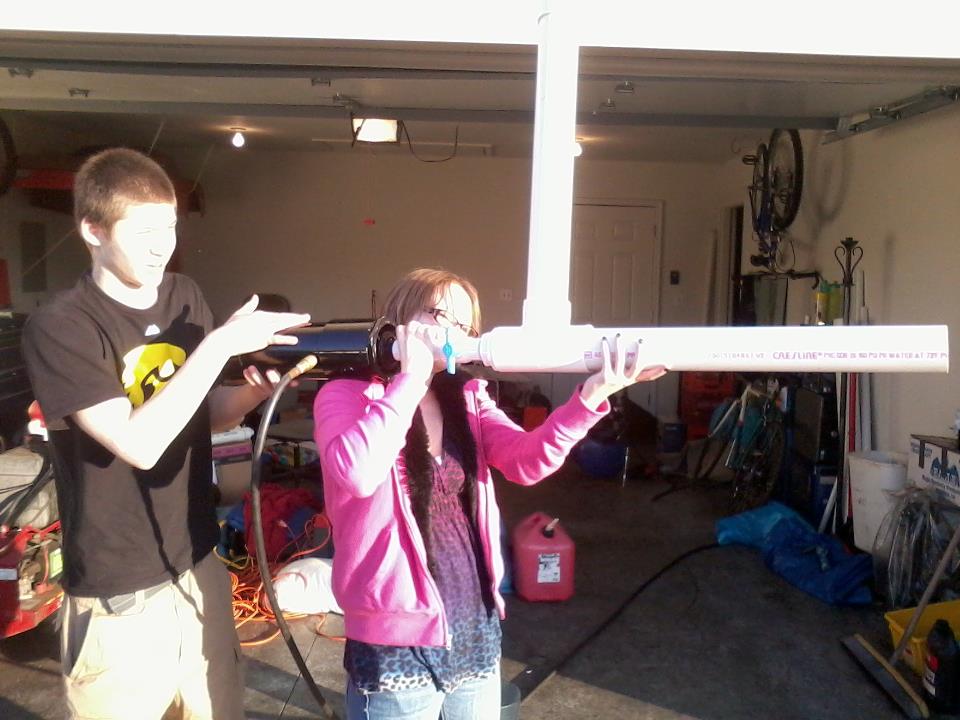 FINALLY! MY DREAM IS ALIVE!!! 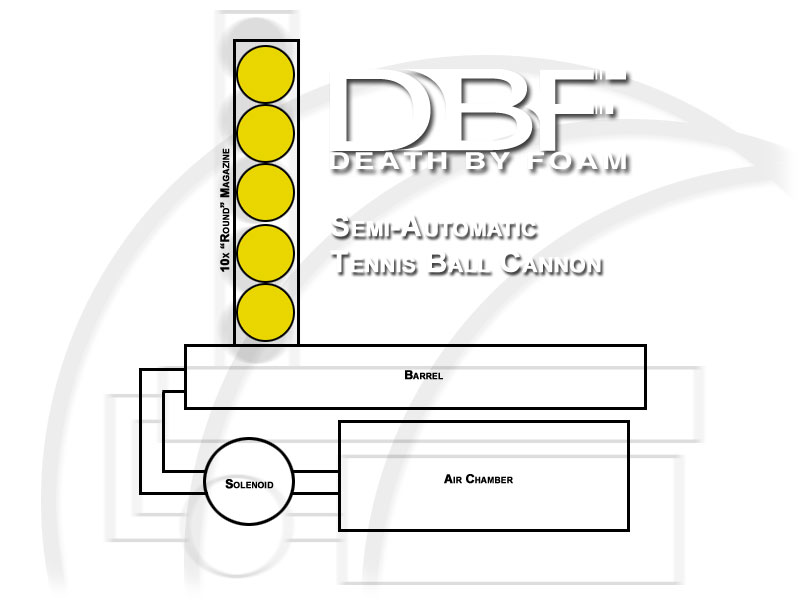 June of 2011 the Youth Pastor at our church asked me to build him a gun that shot tennis ball guns which we could then fire at the Youth Kids while they ran through an obstacle course. His request, and my design, spawned the Version 1 Death by Foam Pneumatic Tennis Ball Cannon.

However, this design was not my original plan, and I am woefully unsatisfied with Version 1.

What I really wanted was a Semi-Automatic Cannon with 10 tennis balls loaded in a vertical magazine which would allow the balls to gravity drop into the barrel and fire. Similar to the way the Death by Foam HAMP Hopper Clips work.

Unfortunately that dream did not become a reality in the 3 month timeline I had to build the Version 1 DBF Cannon.

Today, I’m here to report my dream of the the Death by Foam Pneumatic Tennis Cannon (DBF PTC) is going to become a reality!

Thanks to Alan’s advice,  of AntennaLaunchers.com, I found a 2 ½ PVC pipe called SDR26.

SDR26 is the same external 2 ½ diameter as the SDR21 which comprises the Barrel and creates a very tight seal for the balls to leave the launcher. But SDR26 has a larger interior diameter (thinner pipe wall) which will allow the Tennis balls to gravity drop in the magazine. Otherwise the tennis balls would not have fallen into the barrel to be fired. 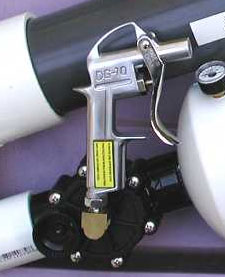 Again thanks to Alan, instead of the TERRIBLE ball valve “trigger” of the DBF v1 PTC the Semi-Auto PTC (SAPTC) will have a proper solenoid operated trigger!

The parts are on order and the first Version 2 Death by Foam Pneumatic Tennis Ball Air Cannon will be built in the next few weeks!

For those already asking about price, I’m thinking these are going to cost in the neighborhood of $200-$300 each because of the expensive and specialty components.

By comparison the Version 1 PTC will cost around $100.

Stay Posted to see video of Version 2 in action! 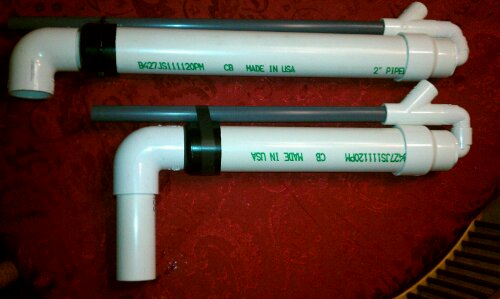 My nephews, and some church boys wanted to play with the Death by Foam HAMPs, but at 24″ long, the guns were just too big for them.

The Child HAMP, or Mini HAMP, was the answer. I simply made a 13″ version of the gun and viola!

Now those with shorter arms, including some adults, can enjoy the foam warfare thrill of a Death by Foam HAMP! 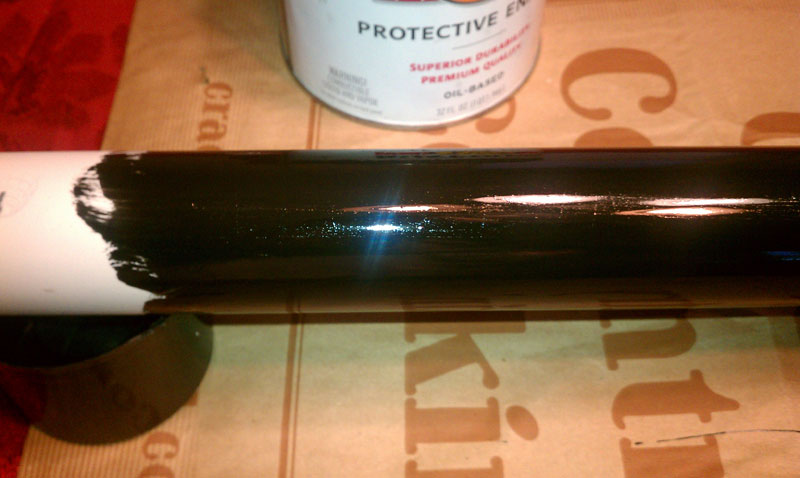 I discovered a new method for painting PVC which is going to make the Death by Foam guns look WAY better!

Previously I was using simple black spray paint, which was simply unacceptable. The paint would run, I would have to do several coats, etc… It was just terrible.

I had some extra Rustoleum paint in a can left over from another project, so I decided to give brush painting the PVC a try.

To prep the PVC for paint:

As I said on #1, I used too course of a sandpaper (300) so you can see defined scratch lines through the paint. The PVC just needs to be roughed up a little bit to give the Rustoleum a good grip. I’m going to try a 500 or 1,000 grit and see how that works.

My goal is to do just one coat of paint, and then clear over it for a nice, protected, finish.

Finally after nearly a year of working, testing and a lot of playing
we’ve got a finished Death by Foam H.A.M.P. (High Airflow Manual Plunger)
Foam Warfare Gun completed!

Here are some pictures of the black version of the gun with the optional plunger handle: 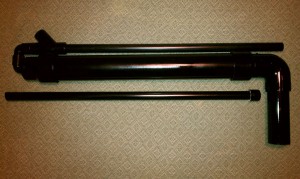 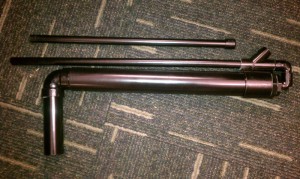 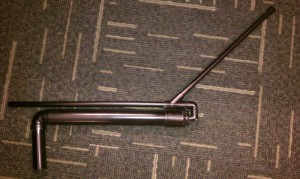 Video of me shooting the Compressed Air Tennis Ball Launcher

Can we do more than Nerf Guns? OF COURSE!

Take pipe and fittings and we can make just about anything. 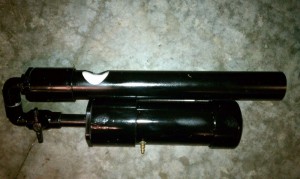 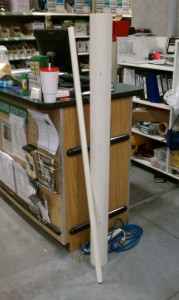 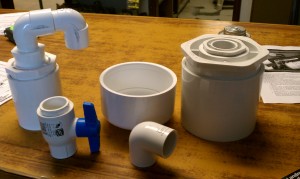 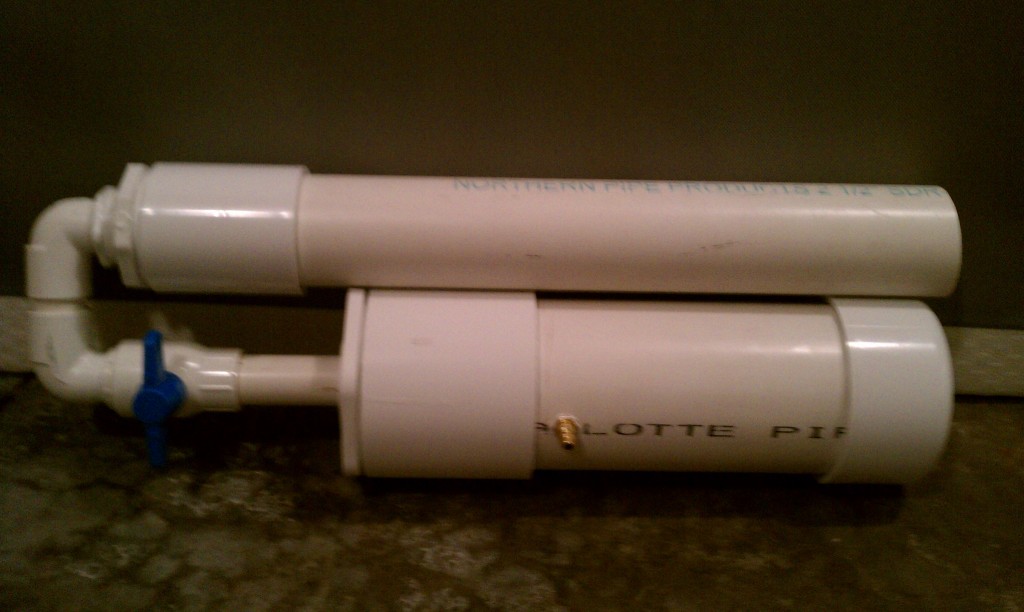 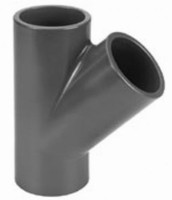 We just received our shipment of PVC wye or “Y” connectors!

These are the integral piece which allows a “magazine” or “clip” of Nerf darts to be fed into the Death By Foam HAMP guns making them into semi-automatic power houses!

I will be working on putting together a video immediately, showcasing these guns and pitting them against the “best” Nerf guns money can buy.

I cannot wait to get a professional Death by Foam HAMP gun assembled to be photographed and video taped in action to show the world how awesome these guns are.

We have a YouTube channel set up at http://YouTube.com/OfficialDeathByFoam. All videos made by Death by Foam will be made available through that channel, so please subscribe and watch our guns in action.

Currently we don’t have online ordering setup on the site, but if you’re interested in ordering a gun just email us at orders@deathbyfoam.com

All of the Nerf guns built by Death by Foam use the High Airflow Manual Plunger, or HAMP system to shoot farther, faster and more accurately than any Nerf gun on the market.

Don’t believe me? Watch this video: